In 2011, Bangkok-based Canadian writer, essayist and editor Christopher G. Moore put together Bangkok Noir, an anthology of noir short stories that looked at the noir scene of the Thai capital and beyond. At the book launch of this book, held at the Foreign Correspondents’ Club of Thailand, the editor promised more noir anthologies hailing from other Southeast Asian capitals.

And, for sure, one year later, in 2012, Heaven Lake Press returned with Phnom Penh Noir, a collection of short stories and lyrics that contains the work of some well-established writers and artists, such as Roland Joffé, James Grady and John Burdett, as well as emerging Cambodian writers who might prove to become Cambodia’s tomorrow literary talents.

There is no doubt that the darkest moment in the history of Cambodia is the Khmer Rouge experiment, which, as Christopher G. Moore put it in the introduction to the anthology, “aimed for radical societal transformation down a notoriously bloody trail, one that left almost no family untouched.” It is thus not surprising that most of the short stories collected in Phnom Penh Noir gravitate around this subject. Still, there is no denying that the 12th century complex temple structure of Angkor Wat has its own shadows to cast on the uninformed traveler, being thus the perfect setting for stories that deal with the dark side of human nature and of ancient and obscure sexual rites. Lastly, the city of Phnom Penh itself becomes a character in many of the short stories while Channa Siv’s cover photography hints at the dangers that lurk in the dark alleys of Cambodia’s capital.

The anthology opens with Hearts and Minds by Roland Joffé, the much-acclaimed director of The Killing Fields (1984), now a cult classic for the ‘old generation’ and a must-see for the ‘younger generation’ who was not around at the time of the Khmer Rouge. Simon Cowel, an Englishman who finds himself working for an NGO in Phnom Penh just to satisfy his wife’s wishes, realizes that not only he’s fallen in love with a beautiful expatriate, but also that his marriage is over. The story complicates when one of Simon’s colleagues discovers financial irregularities in the NGO, when Simon is asked to smuggle into Thailand ancient Khmer statuettes, and when Cambodian mafia bosses are set on murder after losing face.

In The Fires of Forever by James Grady, the narrator feels trapped in Phnom Penh with no way of leaving a country where he had enough money to get by, but wouldn’t be enough to live on back in the West. He sees his way out by helping his Cambodian friends sell valuable stolen economic information. Unfortunately, betrayal came from the least expected “friend.”

As the title suggests, Love and Death at Angkor by John Burdett, the bestselling author of the Sonchai Jitpleecheep detective novel series, takes the reader on a wild journey to the world’s largest religious monument, where Jeff and Jack are initiated in the dark practices of a Hindu-worshiping sex cult.

Reunion by Christopher G. Moore brings the readers back to the Killing Fields of the Khmer Rouge regime of 1975, to the squalid conditions of the refugees camps in Thailand, and to the more recent times at the trial of a few surviving Khmer Rouge leaders. The question of whether justice, revenge and retribution can be traded for peace looms over the last few pages of the story. 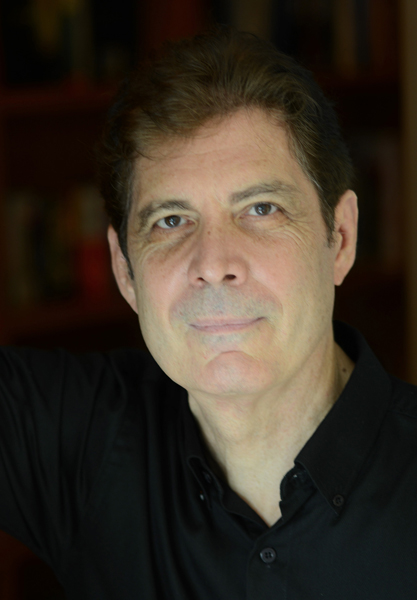 Broken Chains by Cambodian poet, singer and performer Kosal Khiev is a powerful first-person narrative about the author’s own struggles as a refugee in the United States. The rhythm of his writing is definitely influenced by his love for poetry and music: “Let me break it down. I’m breaking down. Pound per pound. Break dance you around to the sound of broken chains. It’s broken rage. Home broken set to the stage of memory shattered through a maze. A slave born free.” Although the first part of the story is quite bleak, it ends in an uplifting declaration of love.

In Darkness Is Faster Than the Speed of Light by 2002 winner of the SEA Write Award, Pradbda Yoon takes a Thai tourist visiting Cambodia to the Phnom Penh National Olympic Stadium where she has a vision of the atrocities committed there during the Khmer Rouge era, when the site was used as an execution ground. Wipa, the narrator and main character, has her own demons to face as well…

Bohpa Phorn, a Cambodian investigative reporter, makes her literary debut with Dark Truths, in which she tackles the stringent issue of pedophiles having their way with children in Cambodia.

Play with Fire by Giancarlo Narciso is a light murder mystery featuring Sergio Biancardi, a former Italian police officer who not only has overstayed his tourist visa, he is also the suspect in the murder of his employer.

In Orders by Christopher West, a senator is receiving death threats and Inspector Khin Sovann is assigned to find who wants to assassinate the politician. But, what the inspector finds out is a much darker past, which the senator has been hiding for a long time.

Art Pfeffer, an American professor, visits Cambodia about one year after the Khmer Rouge came to power. In Sabbatical Term by Richard Rubenstein, Art discovers firsthand the madness behind Pol Pot’s backwarness idea and the damage that was already being done to the country and its people. Once S-21 – the notorious school-turned-prison at Tuol Sleng – is opened and “operational,” the professor has to flee Cambodia to save his own life.

Hell in the City by Cambodian writer Suong Mak goes down dark alleys in the Cambodian capital where a malformed and mentally challenged young woman was ruthlessly assaulted and raped. The case is followed with interest by the media, but once the rapist is arrested, the public is no longer interested in the fate of the victim. The heartbreaking conclusion of the short story touches the reader deeply: “A life in which grueling work was a necessity rarely gave the opportunity to reflect on the sadness felt by others.”

The title of Andrew Nett’s short story Khmer Riche refers to the newly rich Cambodians who replaced the Khmer Rouge at their downfall. The story revolves around the search of Chancellor, the foreign business partner of a rich and influential local mafioso. As the readers turns the pages of the book, the story becomes darker and darker and the unexpected ending makes you reassess any of the opinions you might have formed along the way.

In A Coven of Snakes by Bob Bergin, a political analyst travels from Thailand, where he was stationed by the US Army, to Cambodia, to help with the investigation of very violent murders of foreign tourists. Here he meets an attractive young Cambodian girl who initiates him in the secret and mystic dance of Banteay Srei, a Hindu temple dedicated to god Shiva, which was being used by a radical women’s cult as the site of their sacrificial rites.

Why a barang, a foreigner, should never step in the way of a Cambodian general is fearfully treated in Rebirth by Neil Wilford. The streets of Phnom Penh during the monsoon season come to life in this short story only to reveal the ruthlessness of its inhabitants. The anthology ends with Christopher Minko’s lyrics performed by KROM, a Cambodian band, in their latest album “Songs from the Noir” which was released in 2012. The lyrics deal with the Khmer Rouge legacy, nightlife, relationships, love and the city of Phnom Penh. Here’s a taste of the songs’ lyricism: “Oh yeah, that Ying / She’s a beautiful thing / Those oriental eyes / Seduction is the prize / Oh yeah, that Ying / She’s a beautiful thing / Her soft silk skin / The lure of original sin” (The Ying) and “A torn dress / A breast exposed / Those cold eyes / Of a body sold / Yeah in the heat of the night / There’s a whole lotta badness / It’s mango madness / ‘n’ monsoon sadness” (Mango Madness).

Although for some the inclusion of these lyrics in a short story anthology might seem odd, Christopher G. Moore actually dedicated Phnom Penh Noir to Christopher Minko. In an interview, the editor admitted that: “Christopher Minko, through his music, is a leading force in the noir movement. He understands the dark side of life. His work in the NGO sector has given him a glimpse into lives shattered by poverty and misfortune. Christopher’s talent has been to gather the essence of the pain and suffering from such lives and turn these experience into the best kind of art that takes one deep into the human spirit.”

Regardless of what you know of the Khmer Rouge era and the dark side of life in Cambodia, the anthology makes not only an excellent literary journey, but also an important historical document of how a bygone era is remembered by people who have witnessed, in some cases first hand, or have lived during the time of the Khmer Rouge genocide.

Phnom Penh Noir is a good 100 pages thicker than Bangkok Noir, giving readers not only even greater value for their money, but also a prolonged enjoyment of their reading experience. As with many other Heaven Lake Press publications, the authors and the publishers will contribute twenty percent of their earnings to charity organizations in Cambodia.

To find out more information about the book, read author interviews, purchase unique merchandise, and get the anthology in ebook format, visit the book’s official website. The paperback is available at all Asia Books and Kinokuniya branches throughout Thailand as well as on the publisher’s website. To enrich your reading experience even more, you can listen to KROM’s songs on their YouTube channel.

‘Curse of the Ice Dragon’ by Tara West

‘Curse of the Ice Dragon’ by Tara West

This site uses Akismet to reduce spam. Learn how your comment data is processed.

Get my FREE eBook "10-Step Guide to an Upgraded Lifestyle"

Simandan.com is a participant in the Amazon Services LLC Associates Program, an affiliate advertising program designed to provide a means for sites to earn advertising fees by advertising and linking to Amazon.com.

© All texts within this site are protected under International rights of reproduction law: © Voicu Mihnea Simandan. All rights reserved.